Buy Live Stream Pass
Sign In
No products in the basket.
£0.00 Basket 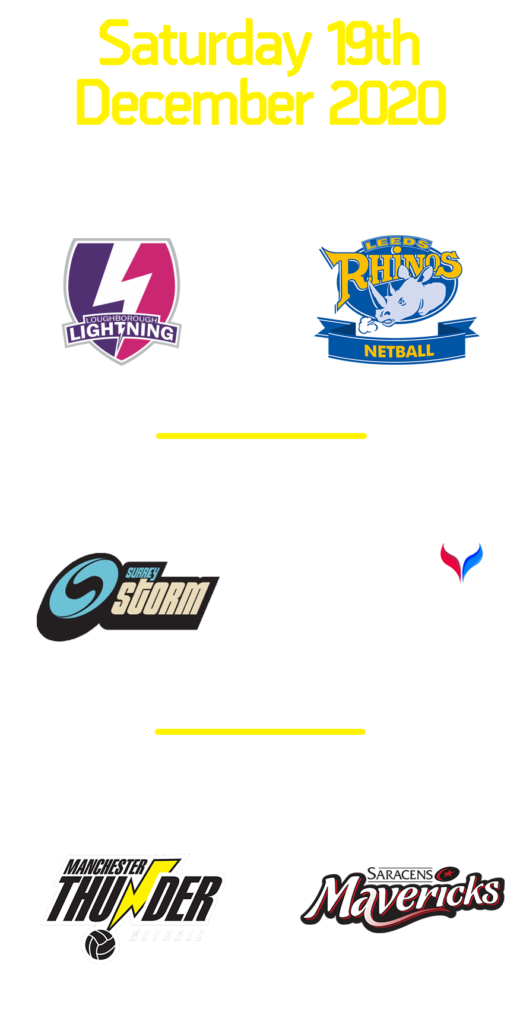 Netball’s Rise Again Festival is having to amend the schedule and teams involved in tomorrow’s event following a player showing Covid-19 symptoms in the Saracens Mavericks squad.

Given they played Surrey Storm on Tuesday night, this unfortunately means that both teams are unable to travel to Manchester to be part of the event.

Mavericks Head Coach Kat Ratnapala said: “We are extremely disappointed to withdraw from this event, but the health and safety of all players and staff involved, and their families, is paramount. Upon hearing the news of the symptoms, we made a decision which we feel is the right one for our players, staff and their families and everyone at Manchester Thunder. We are grateful to Thunder, their Stakeholders and everyone in the Netball community, for their understanding during what is a difficult period for us all and hope that our fans and netball fans all over will continue to support the event.”

The withdrawal means that the revised schedule for Saturday’s event is:

Festival organiser, the Manchester Thunder Managing Director Debbie Hallas, said “It is ironic – and typical of 2020 – that our festival of netball aiming to bring together some of our biggest stars for live action has been hit directly by Covid-19. We’re clearly gutted by the news but wish the symptomatic player well and hope their result comes back negative.

“We had a reserve team in place should one team have to pull out due to something like this, but events have conspired against us and with Mavs taking on Storm earlier this week, we’ve lost two teams from the event.

“The Festival will though go on, netball will rise again, and everyone who has got their live pass will enjoy their first visibility of live netball in a professional environment in the UK for some time.

“A lot of hard work has gone into making this event happen and we will still bring you an exciting and entertaining afternoon which will also be available for passholders to watch for two weeks at their leisure.”

So you've eaten too much and there's nothing on Ne

Have you seen our feature in The @telegraph? Link